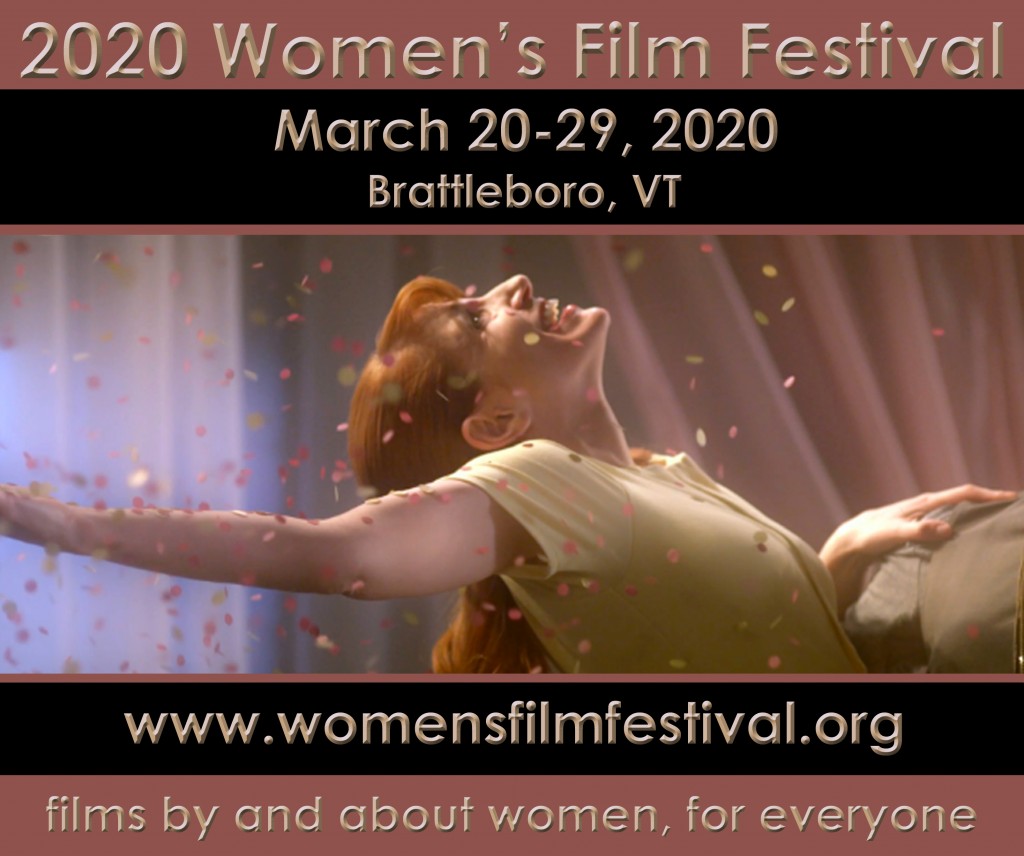 IMPORTANT UPDATE: Due to the concerns around the spread of Coronoavirus(COVID-19), this year’s Women’s Film Festival, originally slated for March 20-29th, has been canceled.

As always, we appreciate your understanding and generous support and look forward to seeing you all in celebration of women in film when it is safe to do so.

The annual Women’s Film Festival in Brattleboro, VT is the longest-running women’s film festival in New England. Now in its 30th year, it is a celebration of movies from around the world and a platform for women to tell their own stories.

Over the course of two weekends 40+ documentaries, feature films and shorts will be screened at the New England Youth Theater.  There is truly something for everyone, with films about the arts, friendship, activism, sports, lesbian/queer lives, motherhood, gender roles, religion, romance, and so much more.

It is also a major fundraiser for the work of the Women’s Freedom Center, a non-profit domestic and sexual violence organization in Southeastern Vermont.

Films by and about women, for everyone

Dates: Stay tuned for info on our 2022 Festival!